There are about 200 Anemone species, that grow in many parts of Europe, North America and Japan. Pasque flowers are a close neighbour in plant classification. And one can see the similarity in the appearance of the flowers. As you can see here, these flowers can be white. They can also be purple, blue, and red. Moreover, there is a myth associated with the red colour of anemones. That is, that while Aphrodite was crying, Adonis bled. She blend onto the anemones that came from her tears and stained them red. Quite a poetic story, eh?

The word anemone comes from the Greek word that means winds. In the ancient Greek myth, the wind gods or Anemoi, were each given a direction from which their wind would blow. More than that, they were given a season to adopt.

The reason that anemone flowers are associated with wind is the way that their petals behave. That is, the wind blows open the delicate petals, so the anemone is called the windflower. And when the petals, fade the wind also blows away the dead petals.

The leaves of the European wood anemone are used as an anti-rheumatic. It is also used to treat stomach cramps. Whatever medicinal use it is put to, one has to be careful with the plant. That is because this species is slightly poisonous. That said, the toxin is destroyed by heating the plant matter or by drying it. Still, it is a salutary lesson to think that the little white wood anemone growing so innocently in the damp of a river bank is poisonous. After all, we associate the colour white with innocence.

The Colour Of Sincerity

As I said at the beginning of this article, in the language of flowers white anemones symbolise sincerity. Sincerity is akin to innocence, is it not? Well, no doubt the association with sincerity is due to their colour, their wide open petal arrangement and their delicate appearance. 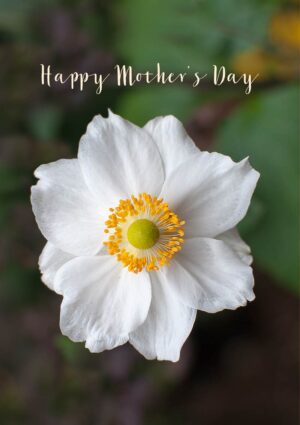