Happiness is an Inspirational Greeting Card featuring a seated gilt Buddha statue with stupa head-covering and text ‘Happiness Never Decreases By Being Shared’. It’s the kind of thing that the present Dalai Lama might say. He would lean forward and say it in that down-to-Earth way that sounds like simple common sense.

And then he would chuckle in that almost demanding way that he has. He would be silently asking for agreement that what he says is true. Not that he is fixed in his views. In conversation he seems totally open to having his understanding of something changed by a different view.

All of which is interesting, but what is happiness? Is it one of those ‘you will know it when you experience it’ things? Is it even possible to convey what it is? Does it mean the same thing to all people?

Plainly it is not a thing, an object you can touch. It is used in the context of mental or emotional states with positive or pleasant emotions. Those emotions may range from contentment to intense joy, and sense of pervading well-being.

Furthermore, the whole subject has been worthy of extensive discussion by philosophers. For example, Bertrand Russell wrote The Conquest of Happiness in 1930 and it is still in print today. The book is 220 pages of analysis of the human condition.

What can we take for this?  We can certainly take from it the simple truth that happiness is in short supply. That must be so otherwise there would be no need of such a book.

Russell describes the seemingly inescapable malaise that exists even in prosperous Western societies. And he stresses the importance of cultivating interests outside oneself and the dangers of passive pleasure.

In chapter three of Ethics of The Fathers we read Who is rich? One who is satisfied with his lot. Perhaps one could as easily substitute the word happiness for rich in this statement. 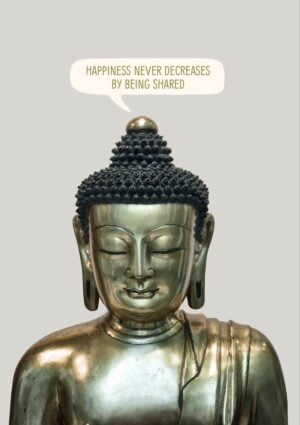