Health is a satirical anti-Brexit greeting card in the style of a wartime information leaflet about the end of nationalised health.

Health is a satirical anti-Brexit greeting card, in the style of a wartime information leaflet. Specifically, it is about the end of nationalised health and the need to make provision oneself for one’s family. The text states as follows.

Speak to your local Brexit insurance representative about deductions from your wage packet to ease the burden on your family if you were to fall ill. Don’t leave your family in the lurch! Issued by the Brexit emergency committee.

The future remains uncertain. But a lot of what comes to pass depends on economics. That is the economics of running a health service for an ageing population. Hospitals that were built in the early days of the NHS had a certain life. Once that was reached, they started to disintegrate. And if not disintegrate then to require so much upkeep that they become unviable. The Labour Government under Tony Blair and Gordon Brown entered into partnerships with business to fund new hospitals and schools. The intention was good but the price was heavy and continues to be paid.

The Future Of Treatment

And it is not only an ageing population. It is also one that demands better treatments as those treatments have been developed. No one can blame people for wanting the best care possible, but how is it all going to be funded? Perhaps there is room for a revamped version of the public-private Partnerships (PPP) under which hospitals were built under the previous Labour leadership. Or perhaps there is another way entirely.

The Three Pillars Of The Welfare State

The risk though is that the Conservative Government will knock away the third pillar of the welfare state and make way for an insurance based health service. In case you are wondering what the other two pillar of the welfare state are, they are housing and education. Housing went as soon as people wanted to own their own homes rather than be Local Authority tenants. Yet look how that has worked out. Home ownership is now down and landlord-owned properties are concentrated in fewer hands. You couldn’t make it up. 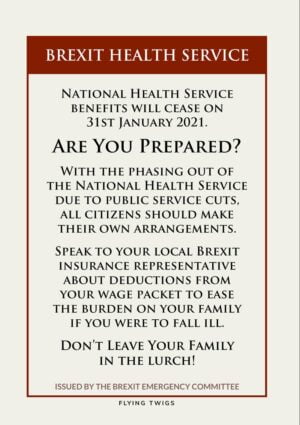