Mandarin ducks are native to Eastern Russia and East Asia. Nowadays they are permanent residents in England and the Low Counrries, having been introduced there in the past. In fact, so many Mandarin ducks have been exported from East Asia that there numbers are much reduced there.

Now it is well known to those observing the mating behaviour of ducks that most breeds are not monogamous.

Mandarin ducks on the other hand, are monogamous. They are also very intelligent as we can testify having exchanged looks and glances with Mandarins that are more interactive than we have experienced with other ducks.

The fact that they are monogamous is the reason why in traditional Chinese culture they symbolise fidelity and why they are often represented in Chinese art. 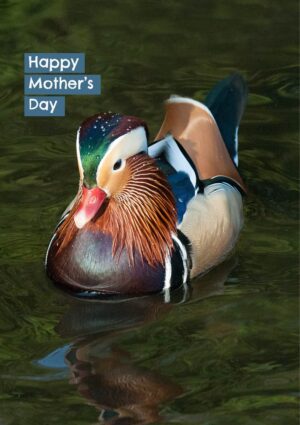