A Father’s Day card featuring the Houses Of Parliament and speech bubbles coming from within, calling out Happy Father’s Day’, and ‘Hear Hear’

Parliament is a greeting card for Father’s Day featuring the Houses Of Parliament. One can imagine the members sitting inside with one of them rising to address the House. Her or she would wish Dad a Happy Father’s Day.

And of course, such a sentiment would be greeting with echoes of ‘hear hear’ from the assembled members.

Hear, Hear was originally a way of requesting that the assembled throng listen to the person who was speaking. It is in fact a contraction of the original phrase which was Hear him. It is of course, nowadays an expression of approval. One can describe it as a kind of restrained applause with added gravitas.

And the reason Hear, Hear is used in the Houses of Parliament is that applause is forbidden. That is it is forbidden except in exceptional circumstances.

In 2015 a group of newly elected MPs started clapping to show their support for their party leader. He had just been in a heated exchange with an MP from another party. In response to the clapping, the Speaker, John Bercow, said:

“May I say at the start of the Parliament that the convention that we do not clap in this Chamber is very, very long established and widely respected, and it would be appreciated if Members showed some respect for that convention. They will get their speaking rights from this Chair – of that they can be assured. They will be respected, but I would invite them to show some respect for the traditions of this Chamber of the House of Commons.”

Applause In The House

The most recent of those exceptional circumstances is when the said Speaker of the House, John Bercow, retired. He was a contentious figure whose legacy is that he stood up for Parliament against the Executive. Many opposition MPs believed he had done more than most previous Speakers to stand up for them in the face of executive power.

He was accused by his opponents of subverting Parliament to his own view. His supporters claimed that he gave a voice to the Parliament as was his job to do. Whichever view one took, when he announced on 9th September 2019 that he would retire at the end of the next month, the House of Commons erupted in applause.

As a final note, the word parliament dates from around the year 1300. It is, as one can easily guess, derived from the French verb parler, meaning to speak. Before the modern word there was the Anglo-Latin word parliamentum, which meant a gather convened by the Crown. By convention in this constitutional democracy, the situation remains today. 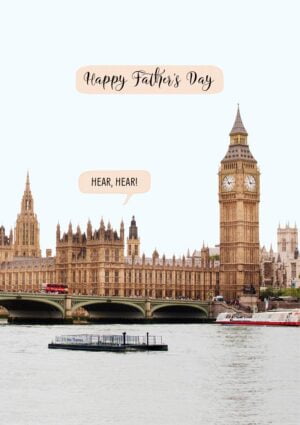