There is a lot going on in a relationship when the parties fight. What is actually going on is not always apparent. Often the parties themselves have difficulty knowing what is going on with their own thoughts and motivations.

But one thing to look out for is the coded versions of reconciliatory messages.

Saying that I don’t recall what we were fighting about is a way of saying that whatever it was, it was not that important. After all, if it was that important, I would remember it.

On the principle that at the root of everything there are really only two messages that people say to one another, this is a good signal that things can get better.

Oh yes, what are the two things? Well one of them is ‘Hello’ and the other is ‘Goodbye’ 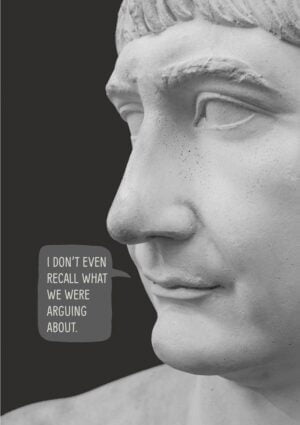