Resident Alien is a greeting card to support the No Brexit movement. It features a mockup of a World War II Ministry Of Information poster concerning extraterrestrial aliens. The text reads as follows.

Defence of the Realm, notice pursuant to the European Union Withdrawal Directive. Resident Aliens are required with effect from 29 June to attend at the police station nearest to their registered place of residence. There they will receive instructions regarding repatriation to their planet of origin. By order of the Commissioner for Brexit repatriation.

When we made this card Brexit was far down the road. It might never happen, we thought. There will be a second referendum, we thought. None of that came to pass and now we are in the run-down to December 31st 2020. Meanwhile, Britain has grabbed the reins of immigration. Those resident aliens who want to stay must satisfy certain criteria. Those who want to come must satisfy more criteria. These criteria are not sitting too well with some sections of society.

A Grandiose Attempt At Greatness

Some see the new rules as a grandiose attempt to describe Britain in terms it no longer merits. They say that highly trained and valuable people will not be queuing up at the ports of entry. On the contrary they will be itching to work anywhere except Great Britain. It remains to be seen. I wouldn’t wish ill on anyone seeking to make this country a better place to live. Whether this is the way to go about it is moot.

Meanwhile, we can expect more Orders made under sketchy legislation. And we can expect to see more attempts to hamstring the courts in their role of making sure that was is said is what is done. If it is true that trade negotiations take years, literally years, then what will obtain after December 31st. Will Britain be able to carry on an economy at all? Again, we shall see.

For more on this topic, you might want to look at this article Oh How We Laughed. 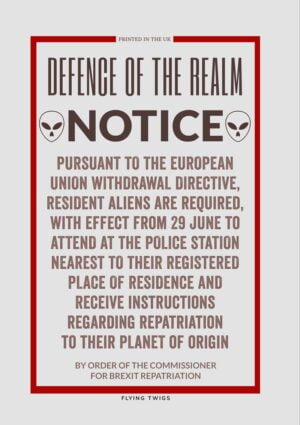