‘Sense’ Anti-Brexit Greeting Card to support the No Brexit, anti-Brexit movement, featuring a poster in the style of an advertisement for a play or film with Charlie Chaplin and a statement of sanity.

Sense is an anti-Brexit greeting card featuring a poster. And the poster is in the style of an advertisement for a play or film with Charlie Chaplin and a statement of sanity. Specifically, the statement reads as follows. “Staying in the European Union is an act of common sense. Leaving the European Union would be an act of suicide.”

I have to admit that I was kind of thinking dictators. Specifically I was thinking of Charlie Chaplin’s film The Great Dictator when I  suggested this card to my partner. If you are not familiar with the film it is Chaplin’s homage to the good and beautiful against the brutal idiocy of fascism. And the reason that subject came to mind was something that was in the news. The newspapers were talking about the ascendancy of populism in Europe and the USA. Strangely, no one seemed to mention the longstanding existence of the iron fist that reemerged in Russia.

Bringing Democracy To Its Knees

Still, the worry was that the Republicans under President Trump would bring democracy to its knees. And behind that was the spectre of Russia pulling the strings. Some people were convinced that Russia wanted to break up Europe. Furthermore, they were convinced that Russia wanted to cause a rift between the USA and Europe. In fact that rift has existed for many years. And Britain has been in a tug of war over influence and allegiance for the past seventy five years.

So the voice of sanity speaks. And it warns that leaving the European Union would be insane. Nonetheless, that is what has happened. And we are now looking to a future filled to the brim with a lack of sanity. Of course, it might all work out for the best. And who can predict economic fortunes with perfect insight. But still, the insanity of it all. 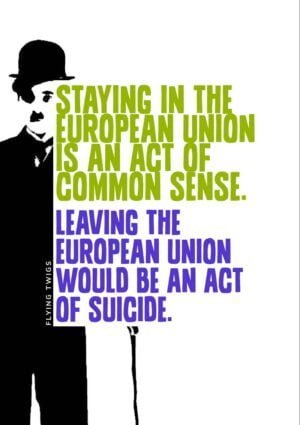