A Friendship card, (or a Sympathy card or a Get Well card) – this card is suitable for all of those occasions – featuring a seated Buddha with text ‘Thinking Of You’

Thinking is a Friendship card that is also suitable as a Sympathy card or a Get Well card. It features a seated Buddha with text ‘Thinking Of You’.

The position of the hands here is known as the Gyan Mudra or Mudra of knowledge. A Mudra is a hand gesture that guides the energy flow to specific areas of the brain. In this Mudra, the thumb and forefinger are touching. This position increases memory and stimulates the nervous system. And it increases the energy of the pituitary gland.

Here the Buddha represents the person who occupies themselves in thinking about their friend or someone in need of support.

The pituitary gland is a small pea-sized gland at the base of the brain behind the brain stem. It plays a major part in regulating vital body functions and general wellbeing. It is the gland that controls the activity of most other hormone-secreting glands.

There are other positions of the hands that have a meaning within the yogic tradition. They are as follows with the effects they are said to have.

The Vaya Mudra or Mudra of air calms the mind and the body. In this Mudra bend the first finger towards the wrist and cover the thumb over the finger at about the first joint. At the same time, hold out the other fingers loosely and naturally.

Make the Prana Mudra or Mudra of life by holding the first two fingers out straight and vertically. Then place the tip of the thumb to the tips of the third and fourth fingers. It represents the spirit of life and energises the person adopting the position.

Make the Shunya Mudra or Mudra of emptiness by placing the thumb over the bent second finger. At the same time, leave the other fingers held out comfortably straight. It opens the heart and aids concentration during periods of reflection and meditation.

Make the Apan Mudra or Mudra of digestion by holding out the hand with palm upwards and touching the tip of the thumb to the tips of the second and third fingers. The other two fingers are held out comfortably straight. It aids digestion and detoxifies the body.

Make the Surya Mudra or Mudra of the sun by placing the thumb over the bent third finger. At the same time hold the other three fingers comfortably straight. It controls weight and a person’s temperature by controlling the fire energy of the body.

Make the Varum Mudra or Mudra of water by placing the tips of the outstretched thumb and little finger against one another. Its function is to increase the flow of water in the body and promote softness of the skin.

Make the Ling Mudra or Mudra of heat by enclosing the upturned thumb of one hand in the thumb and forefinger of the other hand. At the same time, entwine the other fingers as though clasping hands. It increases heat and aids the breath that passes around the body. 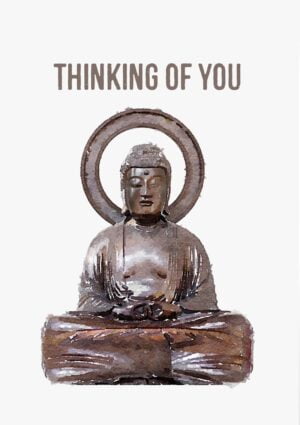