A Sympathy card featuring a view of a vase of red tulips partly out of the frame, with text ‘With Deepest Sympathy’

Vase is a sympathy card featuring a view of a vase of red tulips partly out of the frame, with text ‘With Deepest Sympathy’

The word vase comes from at least the late 14th century. That is to say, it comes from the Old French word meaning a receptacle or container. And before that from the Latin word vas. Interestingly, the word is pronounced differently in British English and American English. American English keeps the early English pronunciation that rhymes it was face or place.

British English, on the other hand, changed sometime in the 1800s so that now we pronounce vase as though it ended with the letter z, as in the planet Mars.

And what about the tulips that are contained so delightfully in the vase? The origin of the word is connected to the fact that they were imported into Europe from Turkey in the 1500s. The world of trade was opening up and Europe was ripe to receive exotica from the mysterious East.

In Turkey, the flower is known by a word that means a turban. So it was entirely in keeping with the fashion for Europeans to keep the word with a little variation. Thus we have tulpe in Dutch and German and tulipe in French. 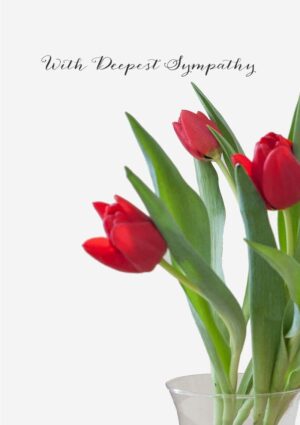