Lotus Greeting Card for every day featuring a lotus design.

Lotus Greeting Card for every day featuring a lotus design.

We photographed this design on a old haveli in India. Such designs are found everywhere, and it is not surprising because Hindus regard the flower as symbolic of divine beauty.

Indeed, gods are often depicted sitting on lotus flowers. Hindus revere the lotus and associate it with the divine couple Vishnu and Lakshmi. The two are often drawn with them standing on a pink lotus. Even Vishnu gets in on the act in one of his many faces, this as the god Padmanabha, who has a lotus emerging from his navel to represent the inner reality manifesting in the world.

In the more mundane world of botany, the lotus is variously known as the Indian lotus or sacred lotus, and of course as simply the water lily. The seeds are so resilient that some have been germinated after lying dormant for 1300 years. The Lotus Greeting Card featuring a lotus design has a lot of history! 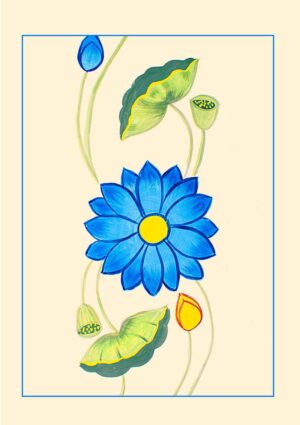