A greeting card for the birth of a new baby, featuring a young deer and the text ‘Congratulations on the birth of your new baby’.

Deer greeting card for the birth of a new baby. It features a young animal and the text ‘Congratulations on the birth of your new baby’. The appeal of the card is in a youngster congratulating the new parents. There is a sense that the youth of the animal and the baby bonds them in their innocence and newness to the ways of the world.

We photographed this youngster in the Scottish Highlands. And as you can see, it still has its winter coat. It also has the stripe down its back that is characteristic of the breed. This particular youngster stood among the adult deer and looked towards us with that mixture of uncertainty and innocence that is the hallmark of the young.

Red deer are common in the Scottish Highlands, and there are also herds in the Lake District and the New Forest. There are also 300 Red Deer (and 350 fallow deer) in Richmond Park. And that’s a curiosity, isn’t it? How lovely that you can take the Tube and a bus from Central London and be among red deer within an hour.

They are the largest deer found in the UK. The characteristics that identify them are dark russet-brown fur, a paler buff patch on their rump, and a pale tail. And they are even-toed ungulates, having an even number of toes on each hoof. That puts them in the same group as pigs, peccaries, hippopotamuses, antelopes, giraffes, camels, llamas, alpacas, sheep, goats, and cattle. So they are in good company.

They are famous for the rut, as it is known, in the breeding season in September and October. That is when males bellow to keep the females in order, and fight for dominance. Watching two red deer walking along two abreast like the greatest of pals is a treat. To suddenly see them turn and lock antlers like mortal enemies is even more of a treat. And then to see them resume their walk as best buddies is very funny. 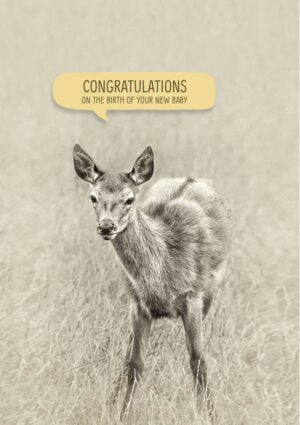