Exit is an anti-Brexit greeting card featuring a poster in brutal style with a simple message – Last Exit, Say No To Brexit.

Exit is an anti-Brexit greeting card featuring a poster in brutal style with a simple message – Last Exit, Say No To Brexit. The word text is highlighted in red, blue, and black and the whole is set against a plain green background. The intention is to mimic the look of the exit sign one might find in a cinema or theatre.

It couldn’t be simpler. The design mimics the exit sign in a cinema or theatre. But there is more to it than that. The words echo the words of the 1964 novel Last Exit to Brooklyn.

We took the idea from the card from the novel. It’s a raw look at real life, or the seamier side of life in Brooklyn, a borough of New York City.

It is written like a chain of events that are only loosely connected. In one vignette, a gang of hoodlums get into a fight with soldiers who are on leave. Moving on in the same bleak tone is the story of a prostitute who steals from her johns. She gets drunk, is found out, and is attacked and repeatedly raped and left for dead. In a third story, a closet gay man lives a life on the edge, abusing his wife and cruising for sex while holding down a responsible job as a union organiser.

None of the stories offer any way out of the dead-end lives the characters are living. There is a sense in which they are the authors of their own situation. Yet there is also a pervading sense that whatever they did, there would be no escape.

The Comfort Of An Armchair

Of course, not all of life is like that. And there is an allure to reading about the seamy side of life from the comfort of an armchair. Photographers have photographed the seamy side of American urban life, with drug addicts and petty thieves living a life on the margins. But Brexit is going to affect us all, and we will not be able to keep ourselves immune from its effects by curling up with a good book. 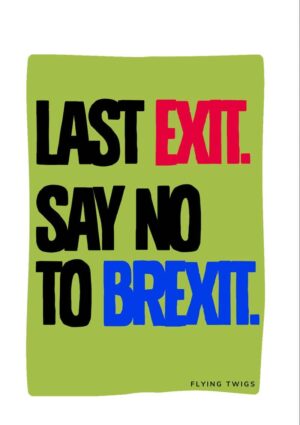