Apple Tree Valentine’s Day Card with an illustration of a tree with a heart secreted in its branches, and another beneath text that reads – Be My Valentine – Don’t sit under the apple tree with anyone else but me’.

The Origin Of The Apple Tree

The apple tree originated in Central Asia and the popularity of its fruit spread rapidly to Europe thousands of years ago. Its wild ancestor, Malus sieversii, is still found in Central Asia today.

Ask someone in the UK what fruit is most typical of this sceptered isle. What do you think they would answer? What would you answer? Surely the apple is thought of as the most English of fruits. We have many varieties and there has been a resurgence in interest in preserving those that are in danger of disappearing.

Apple Day At The Botanic Garden In Cambridge

The Botanic Garden here in Cambridge holds an Apple Day in the autumn each year. Visitors to Apple Day can taste upwards of thirty varieties of apple and buy the ones they like. The Botanic Garden also have experts on hand to help identify apples. Visitors who want help to identify the variety of their own apples should bring along two or three of their mystery apples with leaf and stalk attached.

Looking back to the late Middle Ages in the UK, every fruit might be called an apple. In other words, it was the generic term for all fruit. For example, a banana was known as an apple of paradise. There are parallels in other languages even today. In Dutch for example, a potato is an earth apple, and in French and in Hebrew a potato is an apple of the ground. 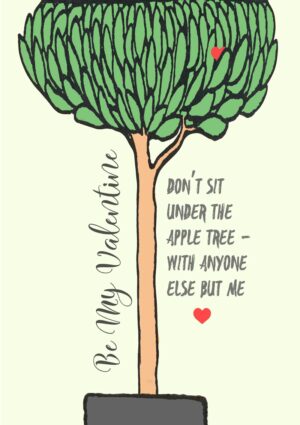